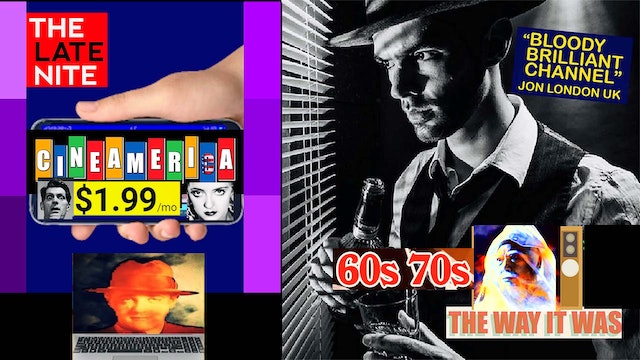 CineAmerica brings back LATE NITE TV from the 1960s & 1970s- It was the WILD, WILD WEST of LATE NITE TELEVISION offering viewers the Cool, OFFBEAT & Mainstream Flix of HOLLYWOOD'S Past & Present..Throw into the mix some ORIGINAL DOCS,CLASSIC TV and it was truly "INSOMNIA HEAVEN!"

"AN OASIS IN THE CURRENT MEDIA DESERT" Sal-Brooklyn,NY

Right-click this and copy the link address.

Watch on your Television

Watch on your Computer